This version of the Red Pitaya SDR transceiver makes it usable with the software developed by the HPSDR project and other SDR programs that support the HPSDR/Metis communication protocol.

To address this problem, this version contains a set of FIR filters for fractional sample rate conversion. 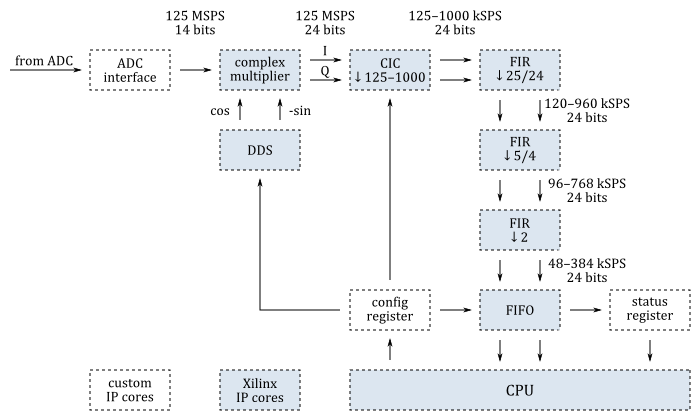 The projects/sdr_transceiver_hpsdr/filters directory contains the source code of the R scripts used to calculate the coefficients of the FIR filters.

The projects/sdr_transceiver_hpsdr/server directory contains the source code of the UDP server (sdr-transceiver-hpsdr.c) that receives control commands and transmits/receives the I/Q data streams to/from the SDR programs. 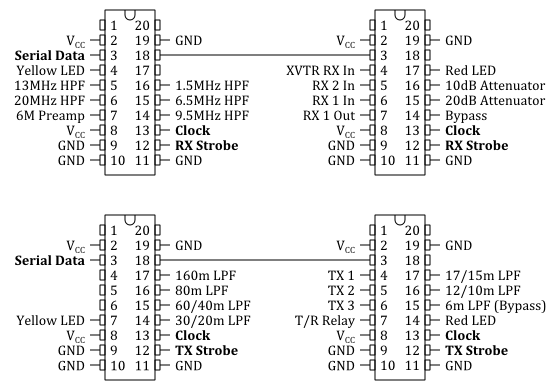 PowerSDR mRX PS includes an amplifier linearization system called PureSignal. The following screenshots show what settings should be adjusted when using it with Red Pitaya. To access the “Calibration Information” panel press Ctrl+Alt+i. The attenuated feedback signal from the amplifier should be connected to IN2. 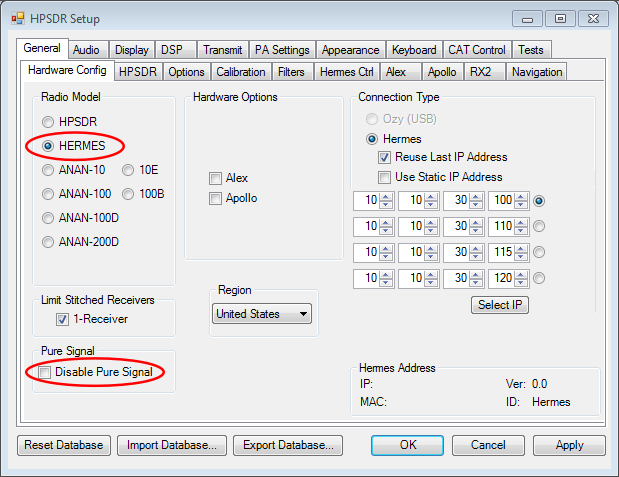 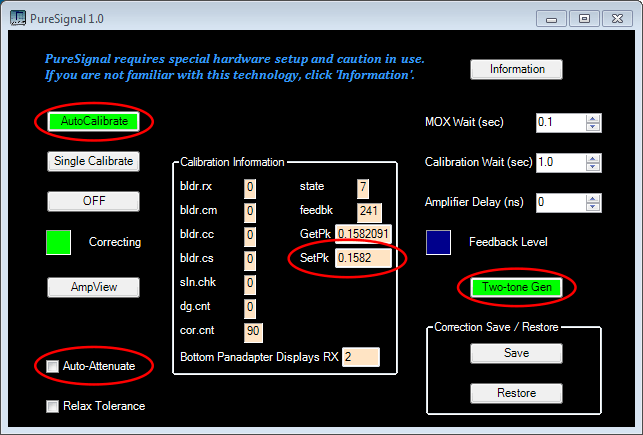 The following spectra illustrate how the amplifier linearization works with the Red Pitaya output (OUT1) connected to the Red Pitaya input (IN2) with a 50 Ohm termination. 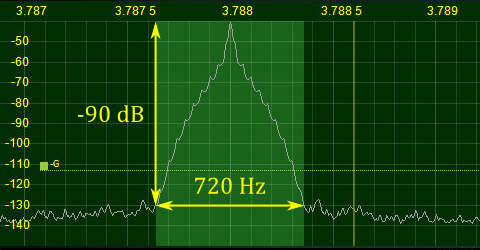